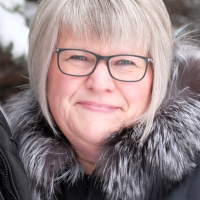 Elected President at the 2021 UNW Convention, Gayla Thunstrom has previously served as the UNW 1st Vice President since 2005. Gayla came to the NWT in 1988, working as a Licensed Practical Nurse at Stanton Territorial Hospital, where she first became active in her Local as the Secretary. She was elected Vice-President of her Local and was later elected as Regional Vice-President for the North Great Slave region.